For the German producer from Frankfurt Brian Sanhaji, sophisticated simplicity has become a seasoning that never fails in his work, he does so in a way that only the “great” can do and is clearly demonstrated in his latest release “Panic” on Blank Code Records.

Not even a few seconds had passed and the title track on this trio immediately made me feel a sense of rebellion. A dry kick and a filtered bassline meant serious business right from the intro. Having a distorted resonance, it reminded me of when a club venue rattles, which immediately transported me to that place. Reverberating tones next to chained noises serve as a lead to the beeping melody that cling to the hissing in the track. When the shakers appear as a last top end ingredient, the confusion takes hold in my subconscious, where I can’t quite decipher the sounds as you should, be it a fade in the pad, or the background feeding the upcoming breakdown and the stab tones reappear. Behind the filtered drums and broken top end sounds, the humming bassline is highly dynamic bringing the tough beat back to life and ready for the action again.

Brian’s consistently sharp judgement never ceases to amaze, where a pair of elements possess all the tools for breaking the dancefloor in half. “Pending Errors” takes off with a pounding kick, a dirty synth that loops and flies across the top end puts this one right up there from the beginning. Cleverly hiding what is best described as an electric current, it begins to emerge slowly with choppy hats that complete the equation. The breakdown is composed of a buzzing cut-up synth, coupled to the filtered beat and the expanding hats, it makes you turn your head to look around and see if you are the only crazy person dancing frantically. When the dominating beat comes back in, a dusty and metallic ride which acts as an extra peak that makes it impossible not to keep moving. The second break is like a static roar with more panning and electric surge that gives this one in particular a more experimental edge.

Last but not least, “Initial Boot” has a refreshing electro feel, from a groovy break beat, to harmonic pads, this track will widen your senses dramatically, making it launch a pad for an infinite number of destinations. A tom fill leading from the start is melted away with delayed synths, where a closed, accented hat provides the steady rhythm. Fantastic notes from the pads develop in my flight towards the middle of the track. When the tone drops in the rising melody, it gives me an accurate guide of my place in his galaxy. Where soon after, extra stabbing bass notes appear and compliment this brilliant ride, that instantly makes me want to reboot and begin again.

Without a doubt another success from this standalone producer, who succeeds as the captain on his own intergalactic mission on this one. 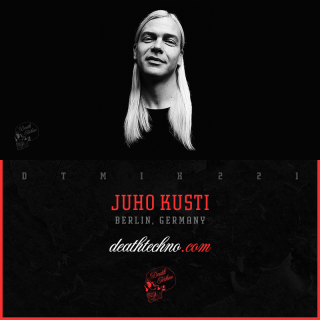